Killers of the Flower Moon

My quick notes: Wow, what an awesome read. It’s the type of historical non-fiction that makes you wonder how in the heck it’s real. I breezed through it in three sittings. It has every aspect of a thriller, driven additionally by the fact that it actually happened. This book outlines that mysterious murders of members of the Osage Nation in the early 20th century that correlates with their extreme rise in wealth connected to the discovery of oil deposits on their land in OK. 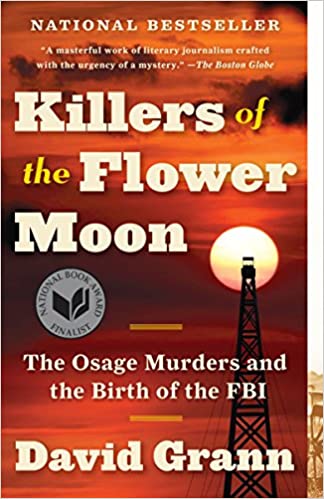 Listen to The Spaniard’s Podcasts on This Book